Product was added to your cart 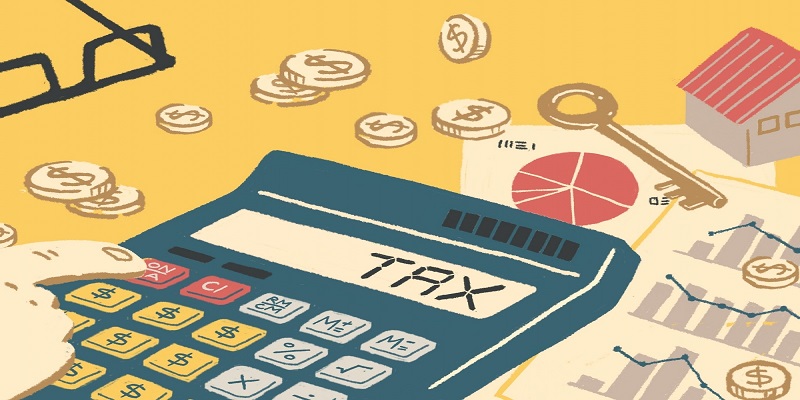 Taxation in the Iranian Legal System

The Iranian tax system is not complicated and even more transparent with the new changes. The main taxes in the Iranian tax system include income tax, corporate tax and value added tax. The Iranian tax system has been shaped to encourage investment, often through the low tax rates and various exemptions, in manufacturing activities, often in the mining and industrial sectors. The Tax Administration is an institution recognized by the government as a tax authority.

Types of Taxes in the Iranian Legal System

In general, the Iranian tax system is divided into direct and indirect taxes. The direct tax itself is classified into two categories of income tax and property tax, the following table shows the direct tax divisions:

The following table shows the division of indirect taxes according to the Iranian legal system:

Currently, according to the regulations, import tax is levied by the Customs Administration of Iran and the Iranian Tax Administration is not authorized to receive this type of tax.

Tax Laws and Regulations in Iran

It should be noted that Iranian and foreign legal entities are subject to equal taxation. This means that foreign investors can also take advantage of tax incentives and exemptions offered to Iranians nationals.

From among the different types of income tax, the tax on salary income and Tax on Profits of Legal Persons are of high importance, which will be discussed further in the following.

The income of a real person employed by another (real or legal) person, that is derived against services rendered by him with regard to his occupation in Iran, whether on the basis of the time spent or the work done, and whether paid in cash or noncash form, shall be subject to tax on Salary Income.

Employers are required by law to deduct their employees’ taxes and submit them to tax authorities. However, tax deductions and acquaintances are considered when calculating taxable income. In addition, foreign nationals working in Iran are also subject to income tax.

In instances where the salary is received from the employer residing abroad and have no branches or representatives in Iran, the salary receivers are required to pay income tax before the end of the following month form the date of the receipt of salary to tax authority of their place of residency. They are also obligated to submit their tax return regarding their received salary until July 22 (the end of the month of Tir) of the following year to the tax authority.

The below table indicated the income tax on public, private and public sector employees in accordance with the most recent regulations:

In accordance with Article 105 of the Direct Tax Act,  The aggregate profits of companies, and the profits from the profit-making activities of other legal persons, derived from different sources in Iran or abroad, less the losses resulting from non-exempt sources and minus the prescribed exemptions, shall be taxed at the flat rate of 25%, except the cases for which separate rates are provided under this Act.

Based on the regulations, even during tax exemptions, the legal persons are obligated to submit their tax return, balance sheet and profit and loss account supported by their books of accounts, records and documents to the tax authority of their place of activity, together with a list containing the identities of partners or shareholders, their capital shares or number of shares, whichever be applicable, and addresses of each of them, no later than four months after the expiry of each tax year (from March 21th of each year until March 20th of the following year). Failure to provide the aforementioned documents within the prescribed period of time will result in deprivation from tax exemptions.

Foreign companies are also taxed at the rate of 25%  in respect of the aggregate taxable income derived from the operation of their investment in Iran or from the activities performed by them, directly or through branch or representative office in Iran. They also need to pay tax with regard to the profit received by foreign companies from Iran for granting of licenses and other rights, or for transfer of technology or provision of training and technical assistance and cinematograph films.

While, branches and representative offices of foreign companies in Iran shall be subject to taxation with respect to the profit they may derive under any titles in their own account; branches and representative offices of foreign companies and banks in Iran, that, without having the right to make transactions, are engaged in marketing and gathering economic information in Iran for their parent enterprises, and receive remuneration from them against their expenditures, shall not be subject to taxation in respect of such remuneration.

Export of goods and services abroad, via formal departure gates shall not be liable to the tax subject of this Act and taxes paid on such terms shall be refunded upon providing bill of export issued by the customs (as regards goods) and proving documents and certificates. The base for computation of tax due on importation of goods is the CIF value of goods (purchasing price plus freight charges and premiums) plus import duties and charges (customs duties and commercial profit) as stated in customs documents. The tax base for importation of services is the value of importation consideration (Monetary or non-monetary) in Iranian Currency (Rials). Tax rates and exceptions to this tax will be determined annually. Currently the VAT rate in Iran is 9%.

In addition to the types of taxes levied, exemptions have also been introduced for various economic sectors to encourage investment in those sectors. The following can be mentioned:

Bayan Emrooz Law Firm renders services to foreign and Iranian natural and legal entities in the field of tax law, including consulting, for setting up a Taxable contract. Having an experienced and specialized legal staff, Bayan Emrooz is ready to provide the needed legal services with respect to investment and taxes, and etc. in Iran.

Payment and Collection of Tax in Iran

One of our practice areas

Law is complicate matter. It can cause you a big problem if you ignore it. Let us help you!

Minister of Cultural Heritage, Handicrafts and Tourism Ali Asghar Mounesan on Saturday called for the Chinese investment in Iran’s tourism industry. He made the remarks in a meeting with his Chinese counterpart Luo Shugang. Mounesan expressed readiness for maintaining cooperation with China in tourism and cultural fields in the framework of ‘Belt and Road Initiative’….

Bayan Emrooz Law Firm was founded in 2008 under the registration No. 23211 in Tehran, and renders legal consultation and attorneyship services to foreign or domestic legal and natural persons. Our approach and main purpose is to expand the culture of utilizing legal consultation in civil and commercial matters in order to prevent high personal or social costs spent on resolution of disputes before judicial and non judicial authorities.